The exhibition KREUZungen / Crossings is a tribute to the cemetery for prisoners of the first world war, alongside the homecoming settlement near Frankfurt / Oder / part 6 of the long-term project on the Oderbruch (-Break) Übergriffe / Overhandy. My Little Europe ROOM INSTALLATIONS 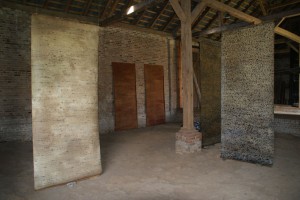 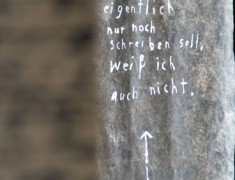 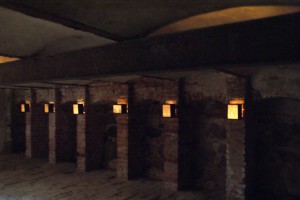 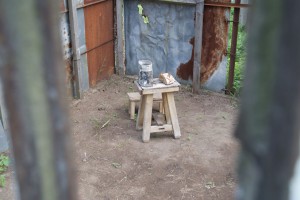 (all Photos by E. Hartwig)

Ortwig (MOZ). “KREUZungen – Crossroads” call Christiane Wartenberg, Eberhard Hartwig, Ingar Krauss and Baldur Schoenfelder their disputes with a forgotten cemetery from the First World War in Frankfurt (Oder). The place is less important to them is the discussion of the topic important. “This is so extensively”, says Christiane Wartenberg, “that we only give an impetus to make a small contribution to the debate”. This is succeeded: the presentation on the Wartenberg-Farm in Ortwig-Loose is so complex, should that for every be something. Since the oppressive perfectly crafted wooden cages of Baldur Schoenfelder, the largest of which, a man of high three-piece, wide open lured into the trap. Behind the Monotopien, unique prints, Eberhard Hartwig are letters hidden by prisoners whose signature can not be deciphered so much one strives. involuntarily thinks, what they may well have communicated. Ingar Krauss has worked alongside their own work original photographs of prisoners and proud soldiers for the exhibition. You find yourself, dimly lit with candles, dark and oppressive force in the low root cellar of the court and the very fact to look closely. A rusty bed frame is divided into fragments of words now with us, what the hospital sister Gisela sent a mother: Her son was dead, a bullet had seriously injured him. Even more touching for a few moments in the “cell” with water, bread and two poems that Christiane Wartenberg has built and airy with views. Much more can be discovered. But – past the “temporary cemetery” with its well-ordered grave boards – is a silent documentary film by Sascha Leeske a must. The camera approaches cautiously and detailed the starting point of the project – the forgotten cemetery in Frankfurt. … ”